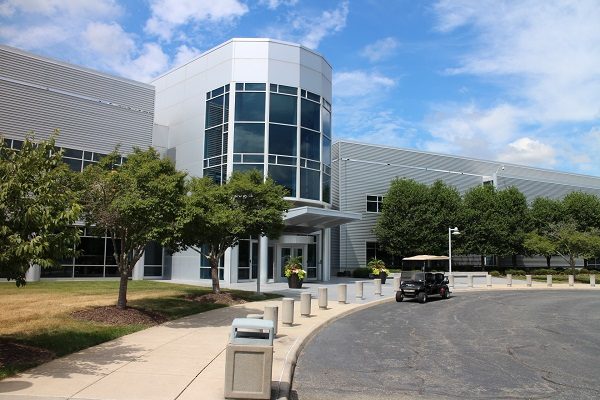 The race to increase data center capacity in a Henrico County tech park appears to be escalating as a long-time tenant prepares to triple its footprint.

QTS Data Centers is planning an expansion on 210 acres it owns in the White Oak Technology Park at 6020 Technology Blvd. in the county’s Sandston area.

The proposed project, which was submitted to the county’s planning division this month, would involve construction of about 1.2 million square feet of new data center space to rise between QTS’ existing 1.3 million-square-foot campus to the west and the Facebook data center site under construction to the east, according to submitted site plans. 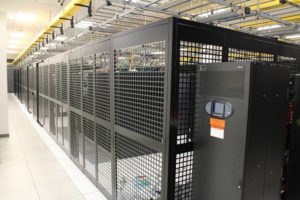 One of the many computer systems housed within the QTS facility.

In addition to QTS’ eastern expansion on its campus, the company also updated its plans for another development, now dubbed “Project Isaac,” that’s set to rise on about 73 acres south of its campus along Portugee Road.

The firm originally submitted preliminary plans for that project in March to build a 710,000-square-foot data center building on county-owned property.

While the 710,000-square-foot building remains part of the plans, a second 355,000-square-foot data center building has been added to the mix, according to submitted site plans, bringing the total amount of new data center development assigned to Project Isaac to 1.1 million square feet.

Between its eastern campus expansion and Project Isaac, QTS is set to deliver about 2.3 million square feet of new data center space to the area, planning documents show.

The two QTS projects, while separate, are being fast-tracked by county planners. 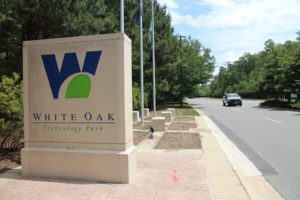 Once completed, QTS will own and operate about 3.6 million square feet of data center space in the White Oak Technology Park, becoming its largest data center tenant.

QTS’ neighbor, Facebook, will have 2.4 million square feet of data center space once it completes a $750 million expansion of three 450,000-square-foot buildings on its 172-acre campus in late 2020.

Facebook recently completed the first phase – two buildings totaling 970,000 square feet – that opened in the first half of 2019. 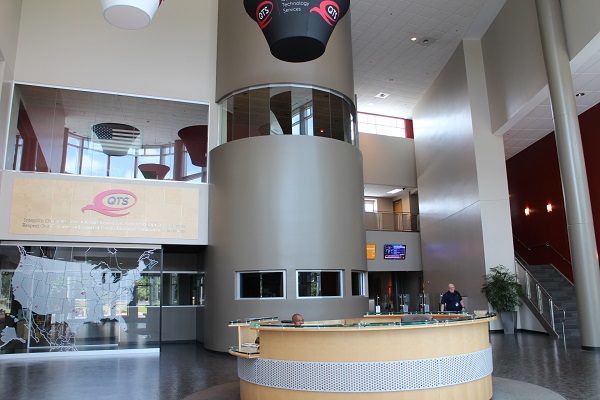 The lobby in QTS’s main building.

QTS is a publicly traded data center operator that owns and maintains several facilities across North America and Europe, and one in Hong Kong.

QTS’s Richmond facility is one of nine mega data centers the company operates in the country, including one in Chicago and two each in Atlanta, New Jersey and Texas. The company’s data center footprint spans nine states and three continents, with centers in Amsterdam, London and Hong Kong.

Highly secured, the complex employs about 300 security cameras that monitor the property 24-7. QTS contracts with security company Allied Universal Security for those and other services. The facility is highly automated, requiring only about 30 employees across sales and operations to be on site at any given time. 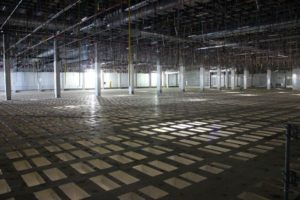 The complex includes additional space for potential expansion. The site previously served as a semiconductor plant for manufacturing computer chips.

It also serves as a connection hub for two subsea cables, called MAREA and BRUSA, that provide enhanced international connectivity via the Virginia Beach Cable Landing Station, where the cables connecting data centers in South America and Europe come ashore.

Called the QTS Richmond Network Access Point, the hub provides connections to what the company describes as “the lowest latency and highest capacity ever deployed between continents.”

The technology is said to provide the fastest internet speeds ever, capable of transmitting all the world’s movies across the Atlantic Ocean in 42 seconds, Romanello said during a tour of the facility in June.

“We’re talking about billions and billions of bits of data that are getting moved, where even a microsecond could give somebody an advantage,” he said. “Imagine if you’re a day trader, where that fraction of a second makes a difference.”

Romanello and others have been making an effort in recent months to get the word out about QTS Richmond as an alternative to Ashburn and other data center hubs for businesses seeking international high-speed internet connections. 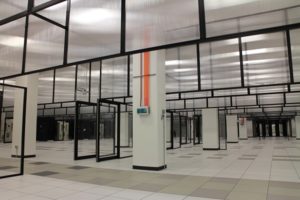 A leased tenant space that had yet to be filled.

Earlier this year, QTS hosted an inaugural summit that attracted local and regional government leaders and speakers from Amazon, Facebook, Microsoft and Telxius.

The overseas cables’ arrival over the past two years have helped fuel a surge in data center development in the region, coupled with lowered state and local tax rates to help attract such facilities.

The state offers a sales and use tax exemption specific to data centers, and in 2017, Henrico County approved an 88 percent reduction in its business personal property tax on data centers. Earlier this year, Chesterfield County lowered its data center tax rate to be the lowest in the state.

Romanello said such reductions, combined with Virginia’s power rate structure and Henrico’s available infrastructure, attracted the cables – driven in large part by Facebook and Microsoft – to be located here. He also credited Henrico’s investment in White Oak and the QTS site, where Infineon Technologies and later Qimonda operated before the semiconductor closed abruptly 10 years ago.

“It goes back to having a great partner in QTS – the fact that the county took over this property over 20 years ago, put $44 million into the infrastructure for roads, water and sewer. The fiber followed that,” Romanello said. “You’ve got this public-private partnership that has facilitated QTS and their investment, Facebook, and all the others that are here and that are going to be coming.”

Twyla Powell, Henrico EDA’s business attraction manager, said the cable connection makes the region an attractive alternative, particularly to international companies seeking high-speed connections with their headquarters overseas, without having to be routed through Ashburn, New York and other, busier hubs.

“It’s giving the network more options of places to go, where the traffic can be routed more efficiently and with a different path,” Powell said this summer. “Speed and latency are two key things, but also having multiple paths keeps the internet more available overall. If you can’t get into the country from New York, you can get in from Richmond. That’s all really good for the whole state.”

“In Southside Virginia, all those people that use Mid-Atlantic Broadband, there’s a connection for Mid-Atlantic Broadband to this map,” she said. “So all those people served in the Southside of Virginia will have access to these higher-speed networks without having to travel up to Ashburn, which is the busiest internet place in the world, when all they might need is to just come to Richmond.”